The stray cat becomes my cat

He's been hanging around for several weeks.
Maybe it's because I feed him. 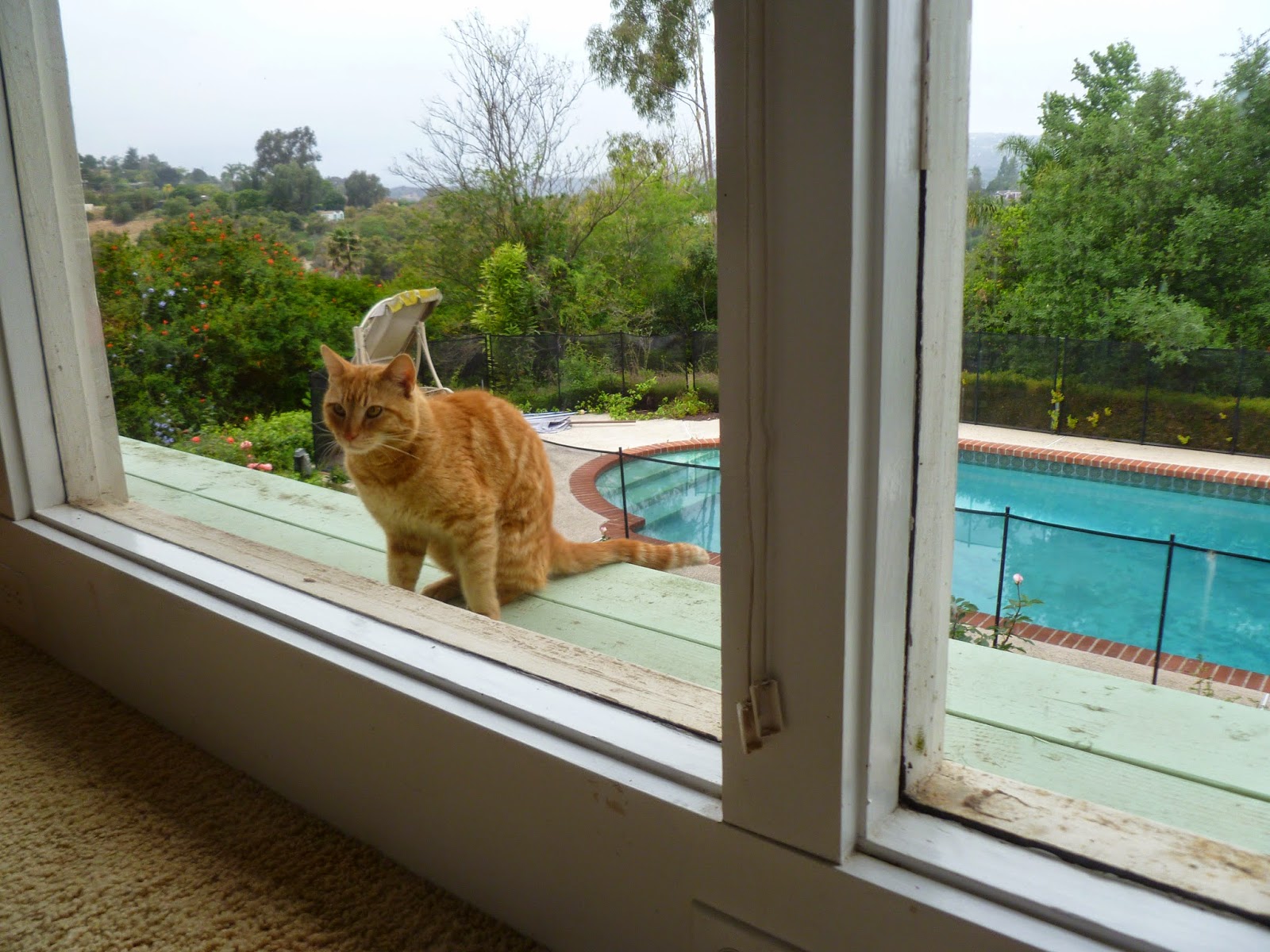 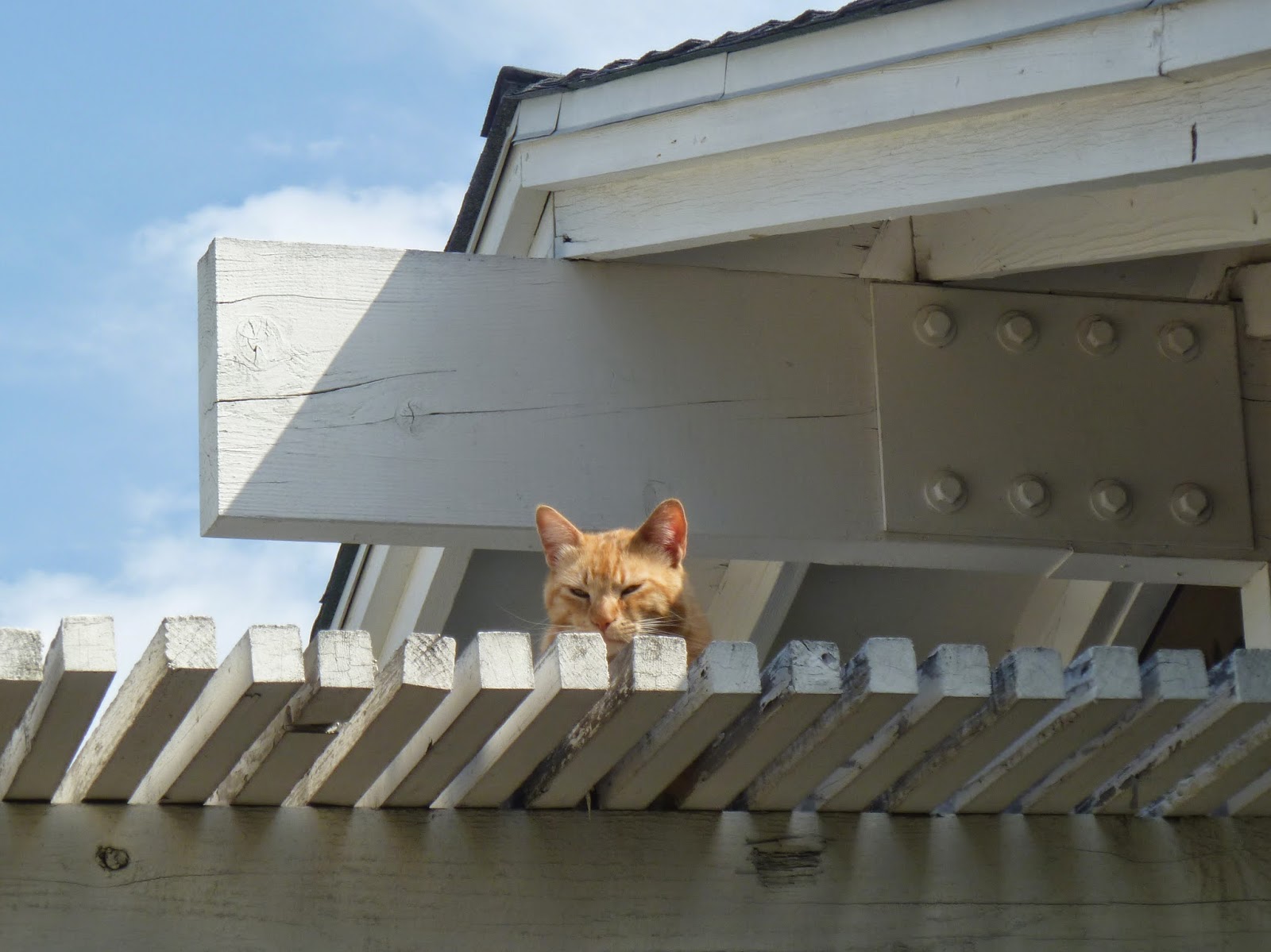 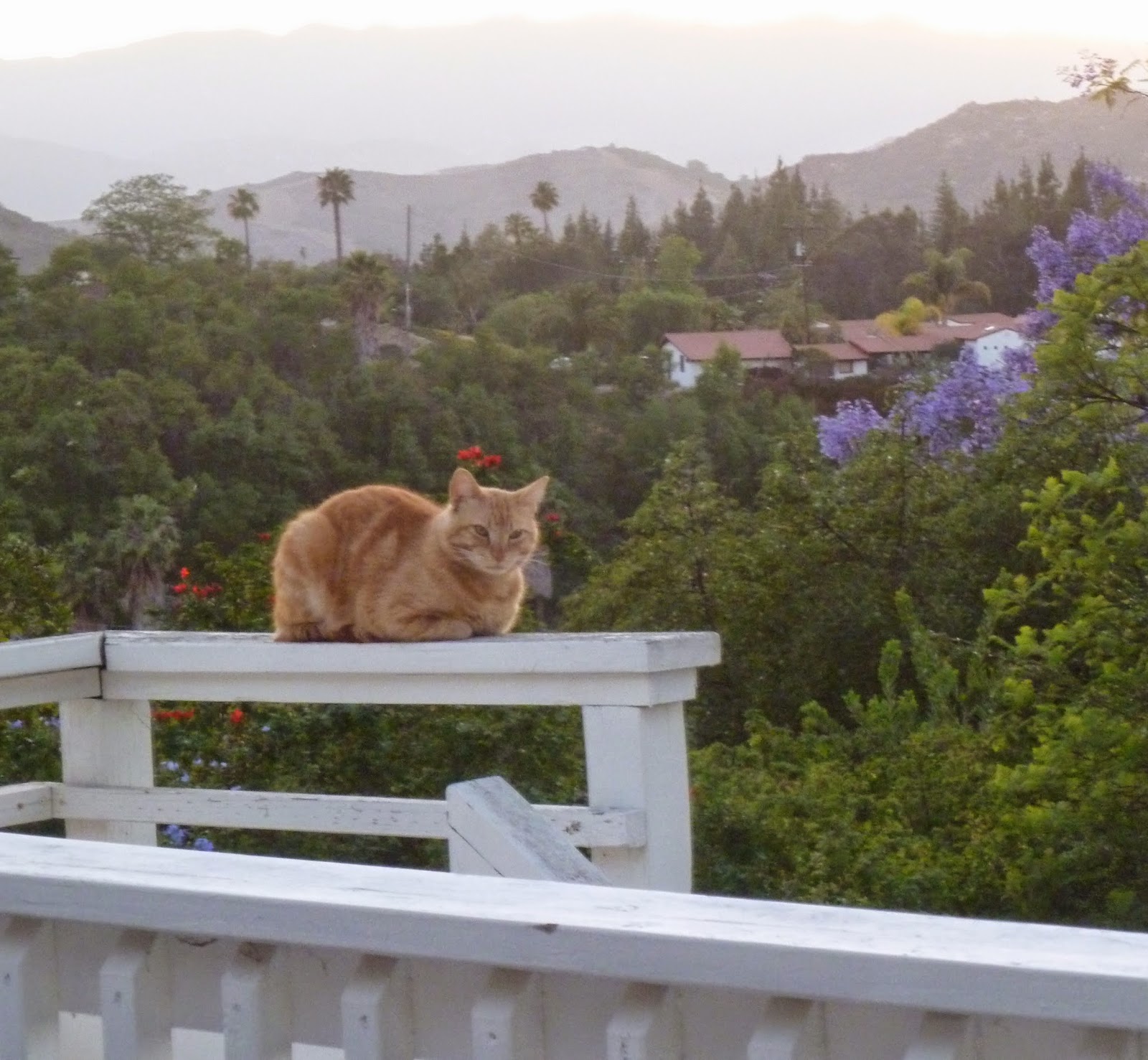 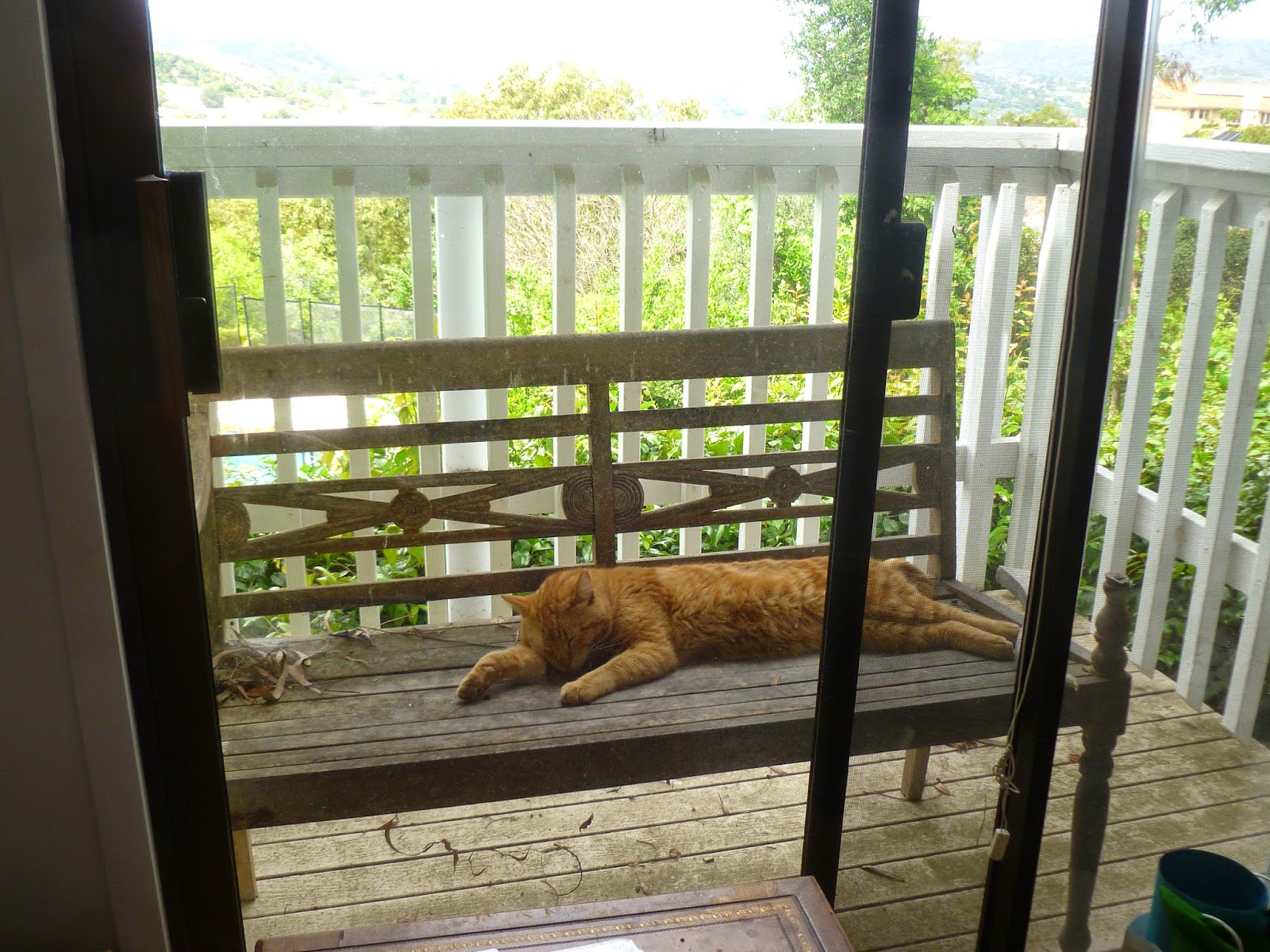 He has several favorite places to relax.

I named him George after an old family friend.
He finally got used to me enough to let me pet him. Then I could even pick him up.
So I was able to get him into a carrier to take him to the vet to be neutered. He's an outside cat (so far) so I don't want him impregnating the neighborhood.

I thought he would hate me after all that but he's been friendlier than ever. He sits with me for two petting sessions every day.

My friend, Don came over yesterday in his golf cart. We were sitting in the kitchen chatting when I looked out the window and saw this... 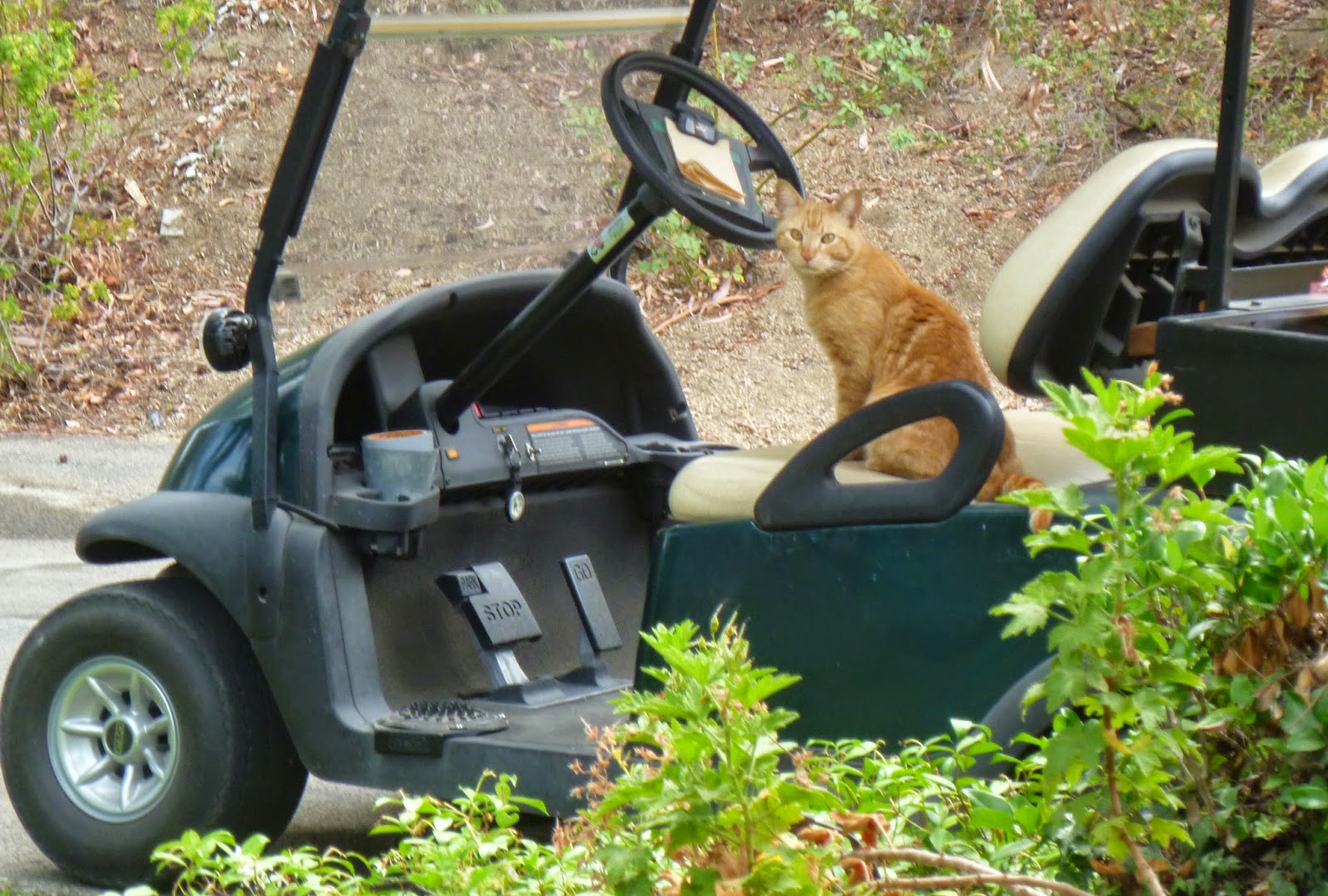 Maybe he'd rather go home with Don.
Or maybe he can drive. I notice Don left the key in the ignition.

George is gorgeous and lucky. In fact you should call him Lucky George to have found you. I admire him tremendously for his lack of resentment about the neutering...can't say I know many males who would be so cool about the whole thing.

I have a stray cat that probably will become my cat :)))
Your kitty is cute :)