Here's all the work related photos I could find.

My mother was the secretary of the Lee County, Ill. states attorney at one time. This was a picture in the paper about a murder trial. The caption says "State's County Attorney Edward Jones is shown with his secretary". Of course she wasn't named. After all, she was just a secretary! Notice the phone in the background. It wasn't even on her desk. She had to get up and go over to the wall to answer it. She probably did most of the hard work on getting this case to trial, also. 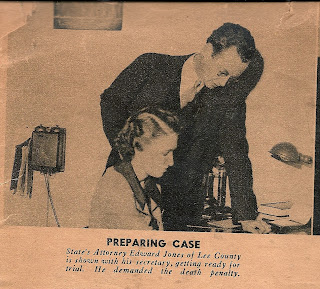 Here she is much later as secretary to a doctor in Pomona, CA. I had painted the angel on the window for Christmas. I was in high school at the time. 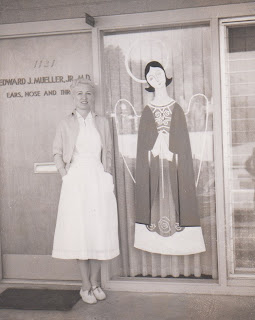 When I grew up I joined the world of "Mad Men" and worked in advertising agencies. Here I am at my second job. (My first one was at a record company.) I was a paste-up artist. If I were a man this would have been the precursor to being an art director but at this agency I was told women couldn't become art directors. If you read an old Sepia Saturday post of mine you would have heard me whining about this before. 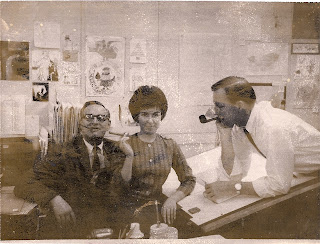 Here's a typical "Mad Men" day at the office: 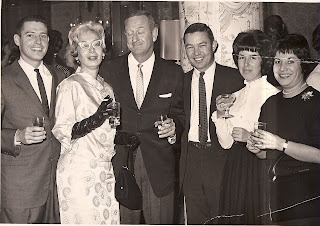 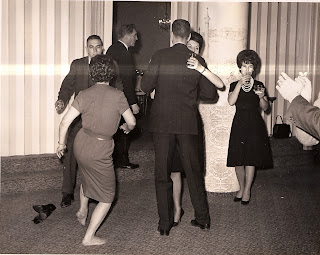 Sorry, you old Sepia Saturday readers, you've seen all this before. I couldn't resist posting these again, though, now that Mad Men is back on T.V. 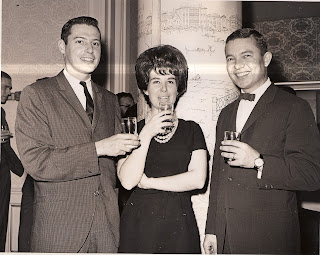 I did become an art director after I left this agency thanks to Dennis Juette (the guy on the left) who hired me when he moved on to another agency.

For more Sepia Saturday stories go to http://sepiasaturday.blogspot.com/
To see my sister's Sepia Saturday post about my father at work click on the "Ladies of the Grove" link on the top left.

To see more of this challenge go to http://iamthedivaczt.blogspot.com/
Posted by North County Film Club at 4:01 PM 6 comments:

This one was hard... but fun once I got the hang of it.
To see more of this challenge go to http://iamthedivaczt.blogspot.com/
Posted by North County Film Club at 12:24 PM 5 comments:

To see more Zentangles from this challenge go to http://iamthedivaczt.blogspot.com/
Posted by North County Film Club at 4:52 PM 7 comments:

Spring is springing at my house

When you move to a new house it's fun to see what pops up in the garden each season.