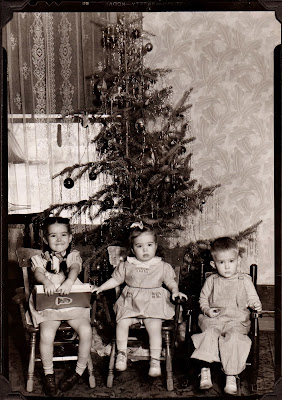 Looks like I'm the only one that got a present that year! And I sure look smug!
Nancy and Bobby don't look happy.
(Chicago, about '42 or '43)
Happy holidays to all you Sepia Saturday friends and everyone else. 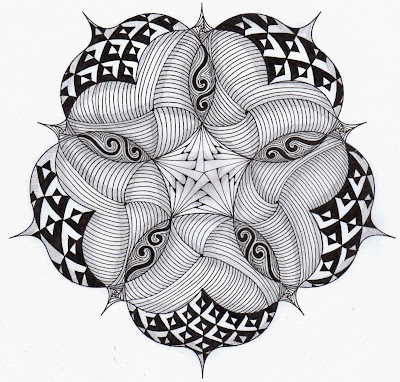 Here are all the lovely ladies (except DeAnne and me). I know why I don't have a picture of me, but why not the most important person...the hostess? DeAnne puts on a lovely party every year. She decorates beautifully. She's such a good hostess. So why no picture? Maybe it's because she was so busy attending to her guests. So sorry, DeAnne. I guess there's always next year. The main reason I took the pictures is so that I could match them up with the names and then not forget who was who. I didn't need a picture of DeAnne to remember who she was. I could say that about some of the others, too. For instance, my sister, Nancy. 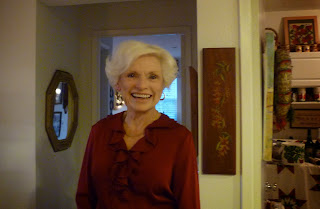 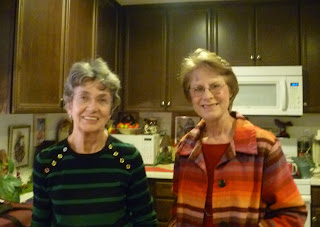 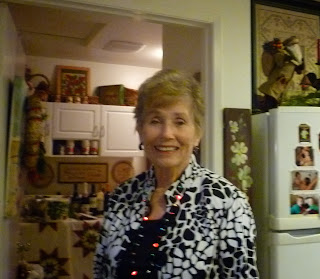 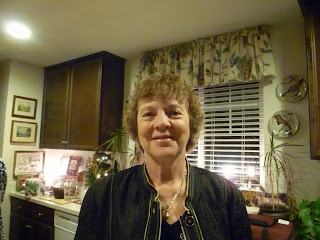 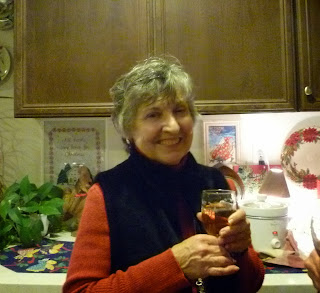 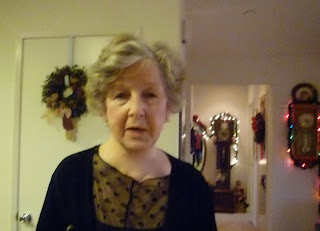 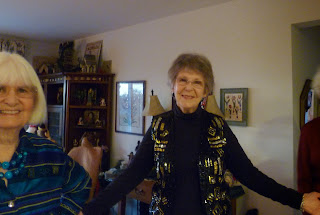 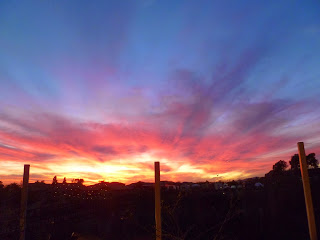 DeAnne even arranged this perfect ending to a perfect party. 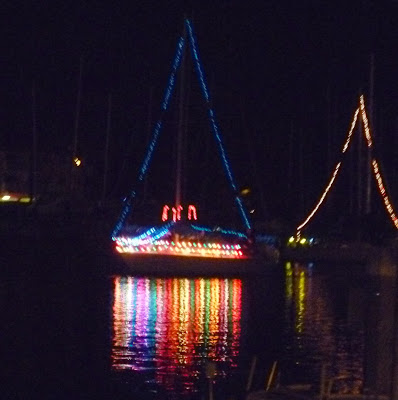 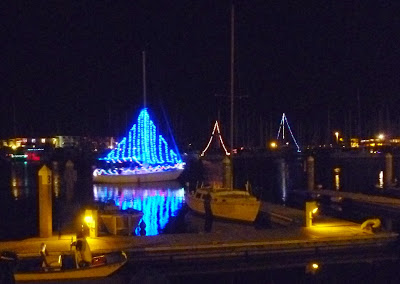 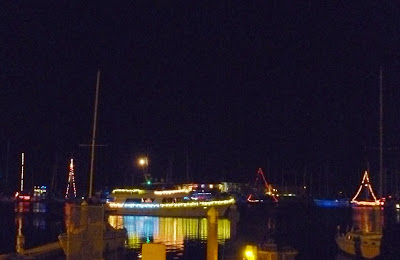 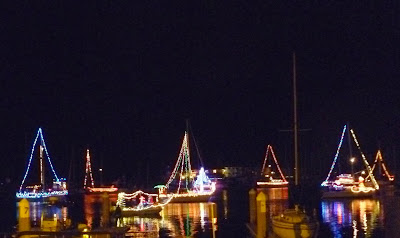 "Greet the New Neighbors" Party at Dave and Cindy's 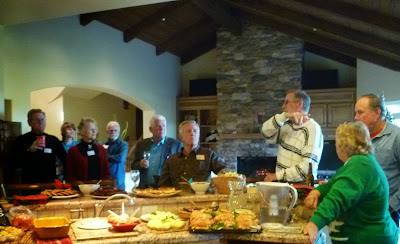 The new family introduce themselves ( Vince, Eric and Diane )
while Dorie Theel, Don and Chuck look on. 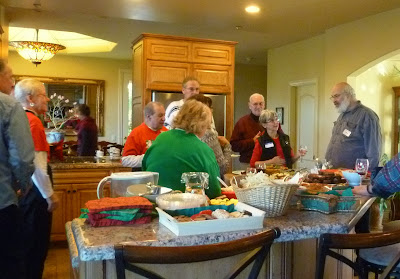 Vince (the new neighbor) tells us a little about himself. 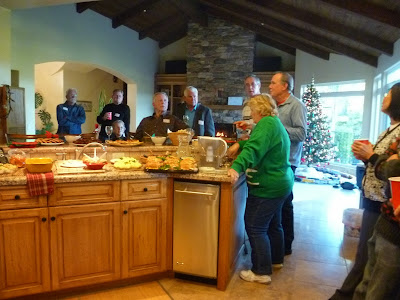 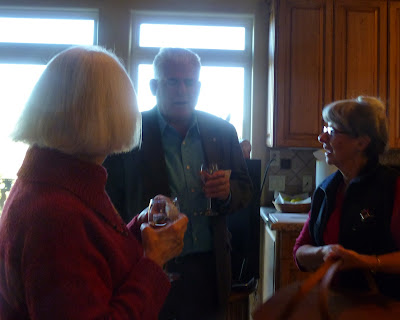 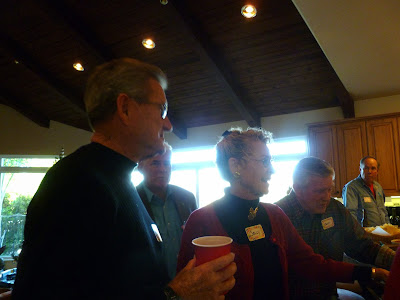 Clay and Sally Millard with Jon, Chuck, and Joe. 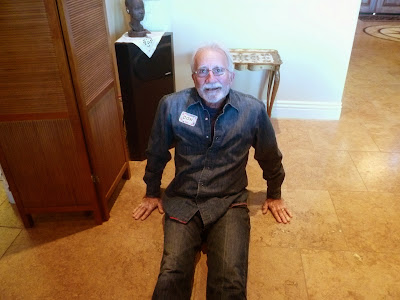 After a very funny talk about whether we could touch our toes (or our hands to the floor), Don demonstrates that he can still touch his palms to the floor. 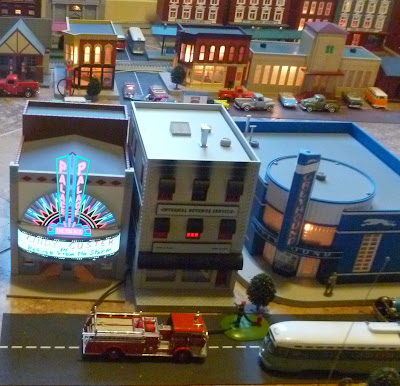 We all go downstairs to see Dave's fantastic model train collection. The highlight for me was the theater with a marquee featuring Dave's wife Cindy in "Refuge From the Storm".
I didn't get a picture of Cindy. I think she was always scurrying around making sure everyone was happy. 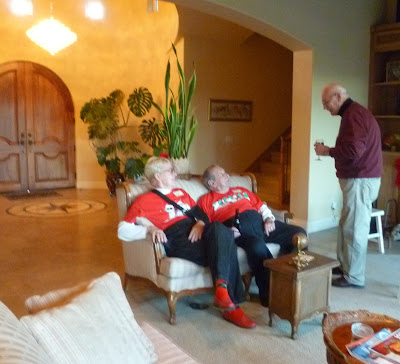 A blurry picture of John Manning talking to Tom and Marci Eisenstadt. We were all a little blurry by this time!

It was such a nice party and Cindy and Dave Custer were wonderful hosts. 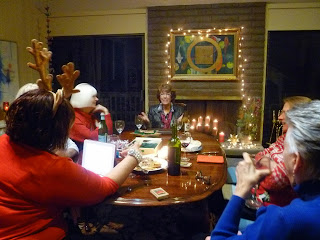 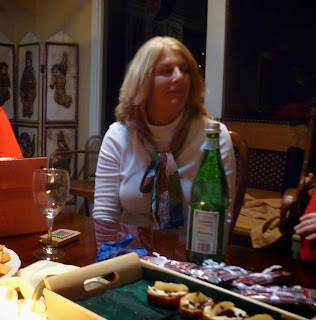 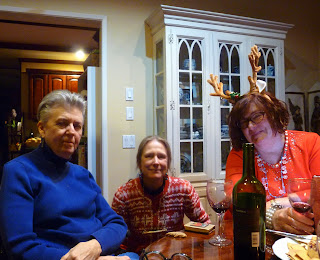 Kathy, Penny, and Beth (and the ever present bottle of wine).

The party was at my house this year. We had a wonderful time. Everybody brought great food. Beth D. made osso bucco because of a mention in the book we had just read- "The Love of a Good Woman" by Alice Munro. We also had chicken salad (Penny), wild rice salad (Helen-which she especially made with no gluten), mesquite barbeque pork loin (Barbara and Nancy), pear, nut and gorgonzola cheese on toasted French bread (Nancy), a beautiful nut-covered cheese with crackers (Beth C.), and brie and French bread (Kathy).