A challenge to Identify some L.A. sights in Retta Scott's painting 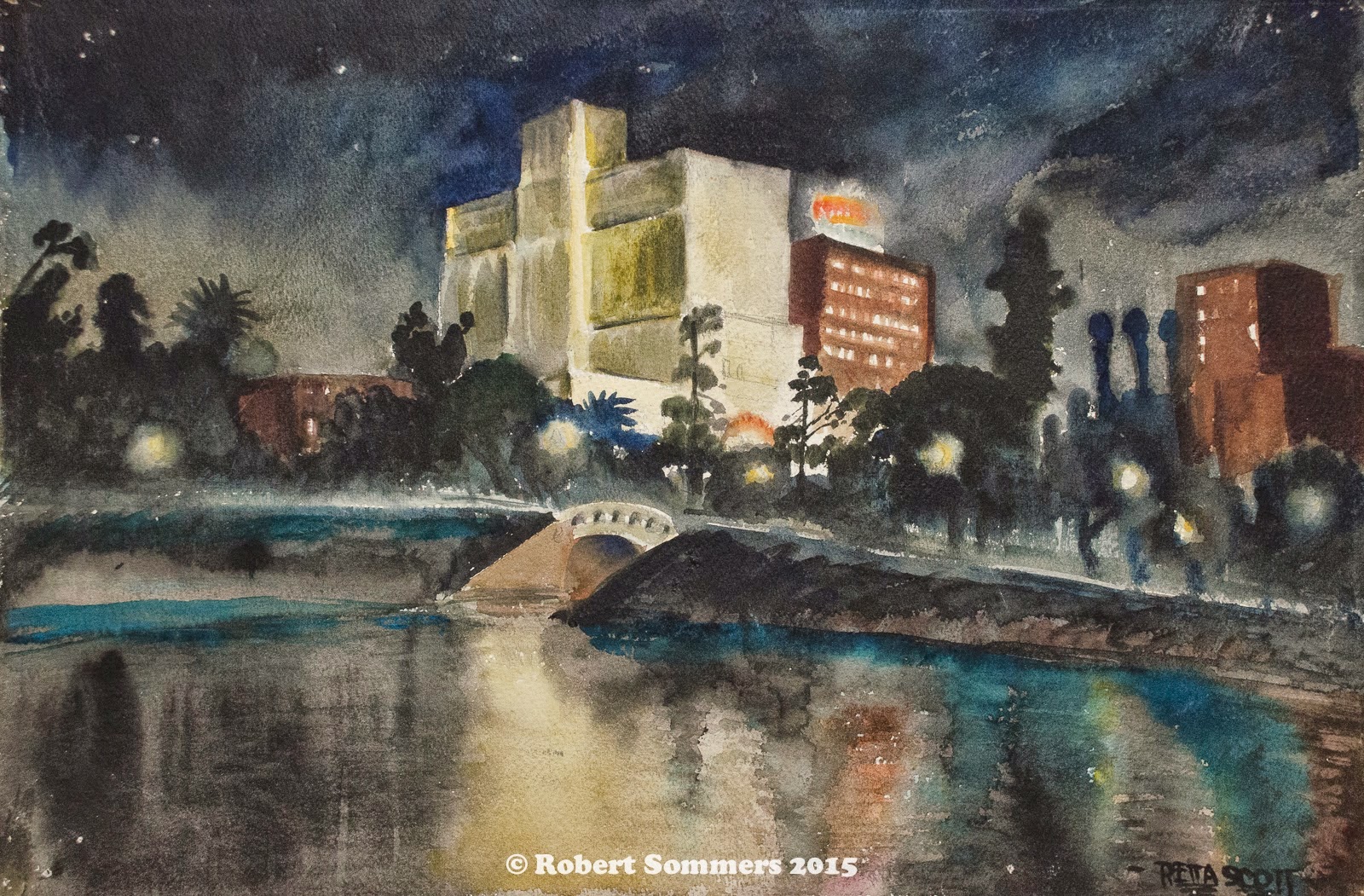 On Robert Sommer's blog on Jan. 20th (http://www.blueheronblast.com/2015_01_01_archive.html )
he showed some paintings he had recently acquired by Retta Scott. She's a very interesting water color artist who had worked at Disney Studios in the 40's. She was one of the first women to work on animation instead of the more routine tasks like coloring backgrounds, etc. Robert asked if any Angelenos could identify the scene above.

Nancy and I spent a whole morning trying to figure it out. We were pretty sure it was somewhere along Wilshire Blvd. or in the vicinity.  The next morning I was at it again. I knew it had to be somewhere near a park with a lake. So that had to be Mac Arthur Park or Lafayette Park. The little bridge was also a clue. 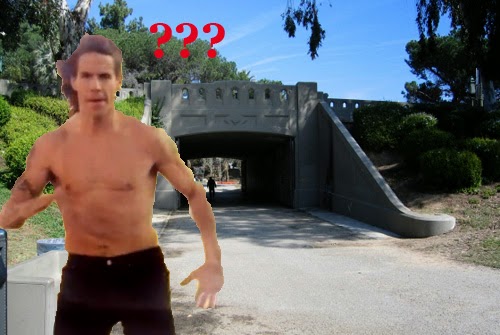 I looked up "Mac Arthur Park bridge" and there it was in a Rolling Stones article (photo above)
about a Red Hot Chilli Peppers song which also made people wonder where the bridge in the song
was:
"But what bridge is Kiedis singing about? In a 1992 Rolling Stone interview with David Fricke, the singer refuses to divulge the location. "It's downtown ... but it's unimportant. I don't want people looking for it," he said, perhaps uneager to have a new pop-music landmark emerge from one of his life’s lowest moments. When contacted recently, the band's management refused to comment about the possible location of the bridge."


We decided the building in the painting was the Park Plaza Hotel. 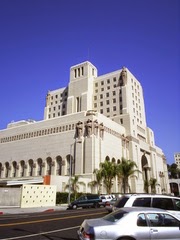 This is one of the other Retta Scott paintings: 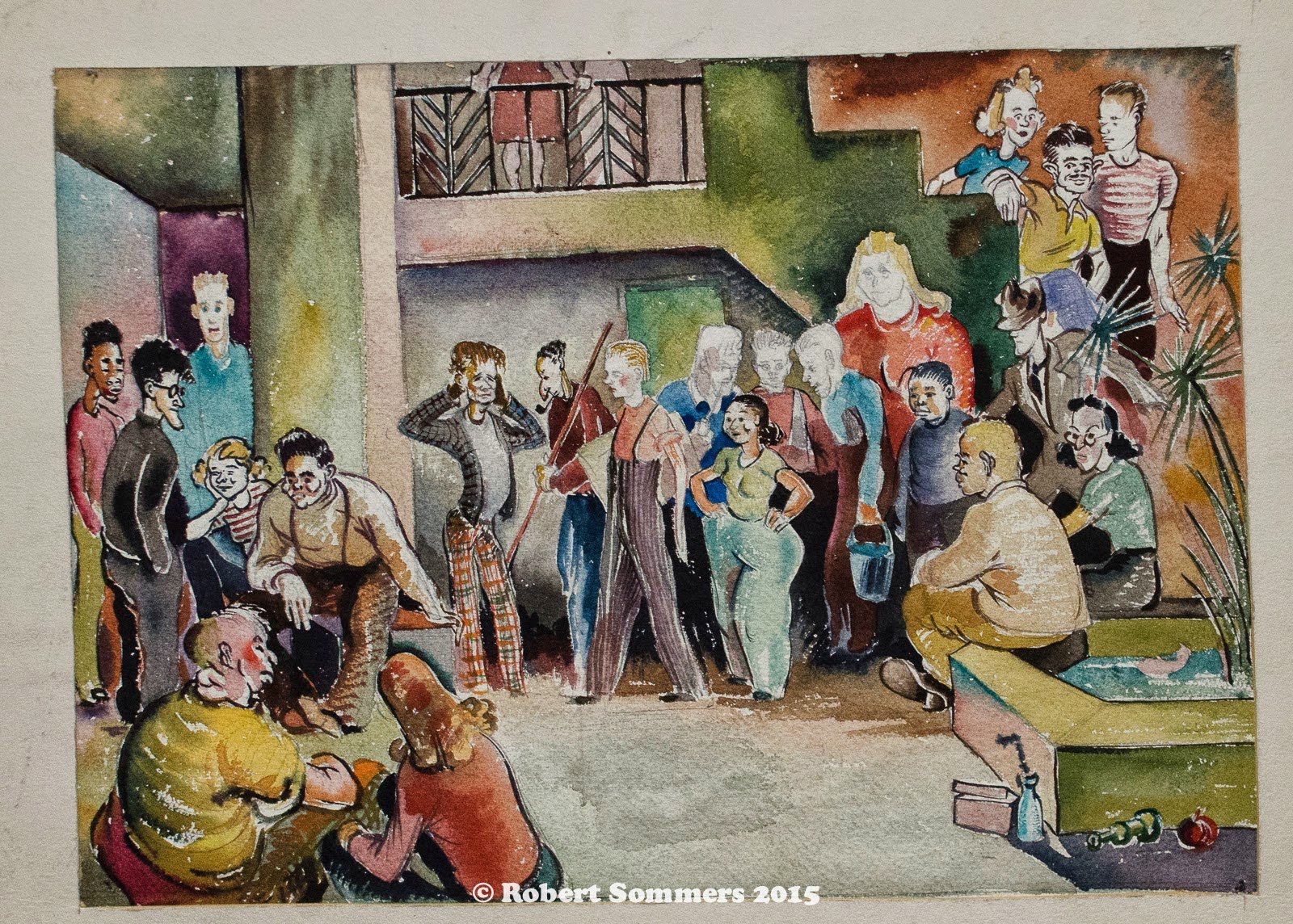 I knew right away where this scene was. Retta attended Chouinard Art Institute and so did I.
This is the patio of the school. I met my ex-husband here. Oh yes, I knew it well. 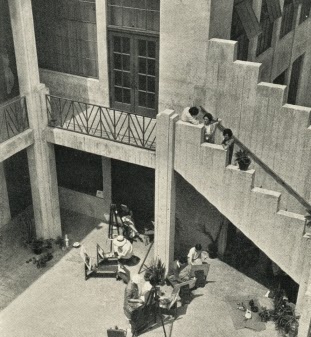 I love your detective work. What an experience attending Chouinard must have been.